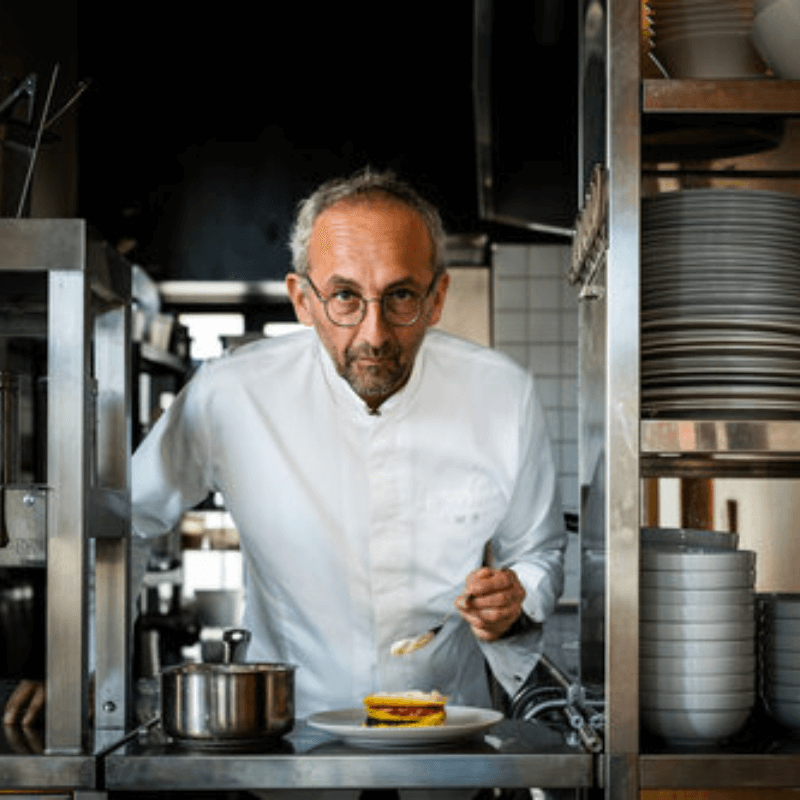 Michel Portos is a chef from Marseille who had two Michelin stars.

In 1998, he opened his first restaurant Côté Théâtre in Perpignan, which obtained its first Michelin star in 2001. In 2002, he then became the chef of the hotel restaurant Le Saint-James in Bouliac, where he helped the establishment obtain its second Michelin star in 2009. Michel Portos was named Cook of the Year in 2012 by the Gault et Millau guide. He left the Bordeaux region and Le Saint-James in the same year to return to Marseille, where he opened his second restaurant, Le Malthazar. He is developing the menu of the restaurant Hébé in Paris near Boulevard Saint-Germain.