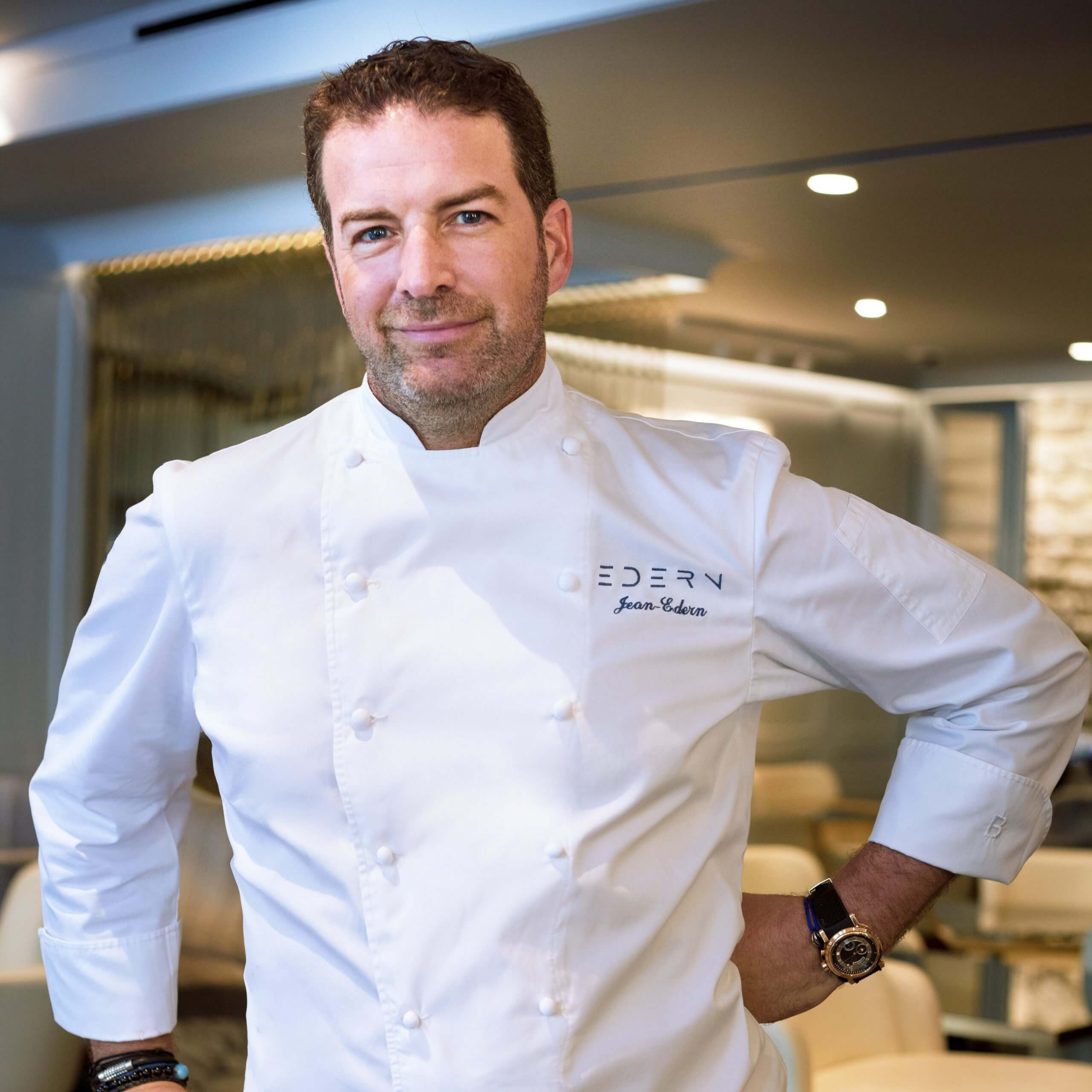 He turned to cooking out of passion. A sin of gluttony for this chef from a family of 7 children, is what lead him directly to the stars. Apprentice in Geneva to the chef Claude Legras (2 stars), “his second father” at the restaurant of the Parc des Eaux-Vives, he climbed these steps one by one. At Lucas Carton (3 stars) in Paris, he learnt alongside Alain Senderens the excellence and marriage of flavors. From Alain Passard to l’Arpège (3 stars), he gained respect for the product, the art of cooking and good matches.

A man of challenges, he left Paris for England. “A school of life”, he sums up, “perfect for humility and human relations”. Knocking at every door, he entered Gordon Ramsay’s Aubergine restaurant. Two stars later, and the experience he had gained, he returned home. At the Auberge de l’Ill, “3 stars” for 50 years, the Alsatian haute cuisine of chef Paul Haeberlin and his son Marc deeply influenced his style. The Alain Ducasse experience at the Louis XV of Monaco (3 stars), the “experience of the culture of taste and technical precision” followed.

2007 marked his international adventure. The destination was the Middle East, in Dubai, and one of the city’s monuments, the Jumeirah Emirates Towers Hotel. An emblem. A few months later, he landed his first chef job at Shangri-La Abu Dhabi. In 2010, the experience continued at the Jumeirah Zabeel Saray in Dubai. A huge challenge: managing 130 cooks of 20 different nationalities and opening 4 new restaurants. 3 years after his arrival, Jean Edern was crowned chef of the year by the Gourmet Abu Dhabi Festival.

In 2014, the opening of the new hotel The Peninsula in Paris was expected by the whole world. Called by the luxury hotel group, Jean-Edern leaves Dubai and becomes the youngest French chef to run the kitchens of a Parisian palace. A Top Chef parenthesis further on, we find Jean-Edern on Avenue Kléber. For this new challenge, he surrounded himself with a team of young chefs in the making. His objective: to offer the best refined and contemporary cuisine, with a focus on local products, those of French producers and those in season.

After 7 openings, Jean-Edern puts down his suitcases in his eponymous restaurant at the top of the Champs-Elysées in Paris.
Being creative but disruptive. Gastronomical but democratic. Jean-Edern embodies all this. A new vision of gastronomy. Inspired by simplicity and pure authenticity. A desire for relaxation.