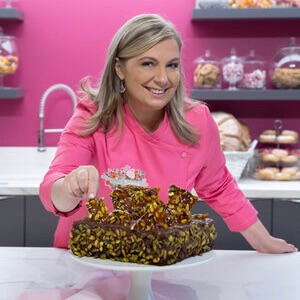 Dina Nikolaou is a cooking show host who divides her time between Athens and Paris. After studying management and marketing, she decided to listen to her heart and followed several training courses in prestigious schools such as “Le Cordon Bleu” and the “Ritz Escoffier”. The gastronomist quickly became the unmissable culinary icon of Greek television. In Athens, she hosted the cooking section of a daily television program. She was a favourite with television viewers and excelled at generously sharing her knowledge of local recipes and products. The publication of her books naturally followed. Dina Nikolaou then decided to return to France and opened the Greek restaurant “Evi Evane” in Paris with her sister. In 2008, Dina published a book with the Minerva publishing house: Greece, my mother’s cooking. She now hosts the programme Ma cuisine grecque on the Cuisine Plus channel.