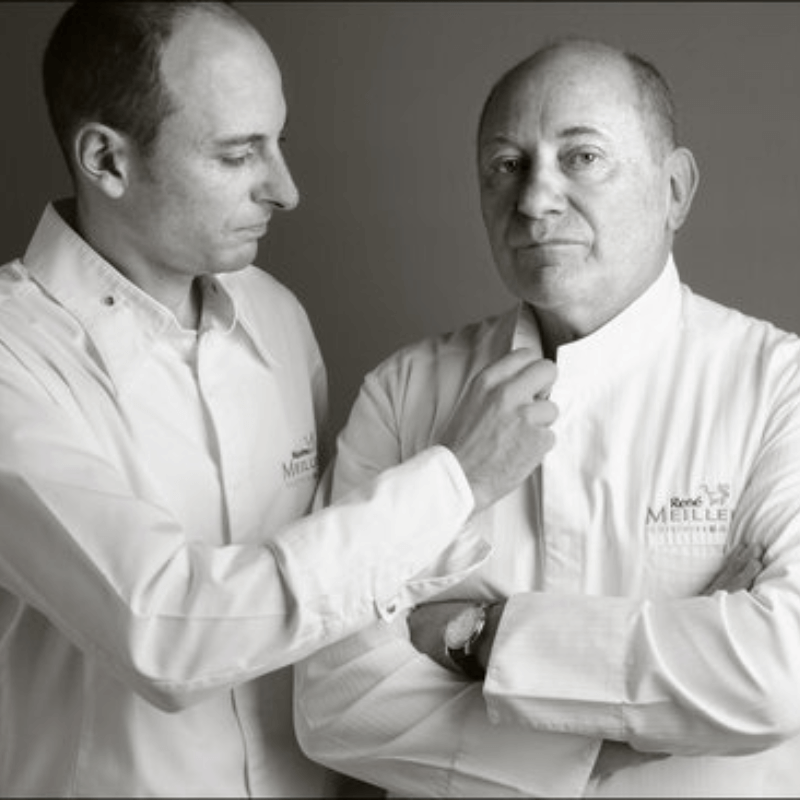 René Meilleur, a poet cook, creator of dreams and emotions

From his Savoyard origins in Saint-Marcel, René Meilleur has kept in his heart the love of his Belleville valley with its rich natural and cultural heritage, the centerpiece of the “3 Valleys” domain in the Vanoise National Park, and especially the forgotten flavors of the cuisine of its Savoie mountains.

From 9 to 21 years old, competitive sport occupied the whole existence of this biathlete, in love with his native Savoie. One day, Maxime Meilleur entered his father’s kitchen “to make a custard”; he never came out!