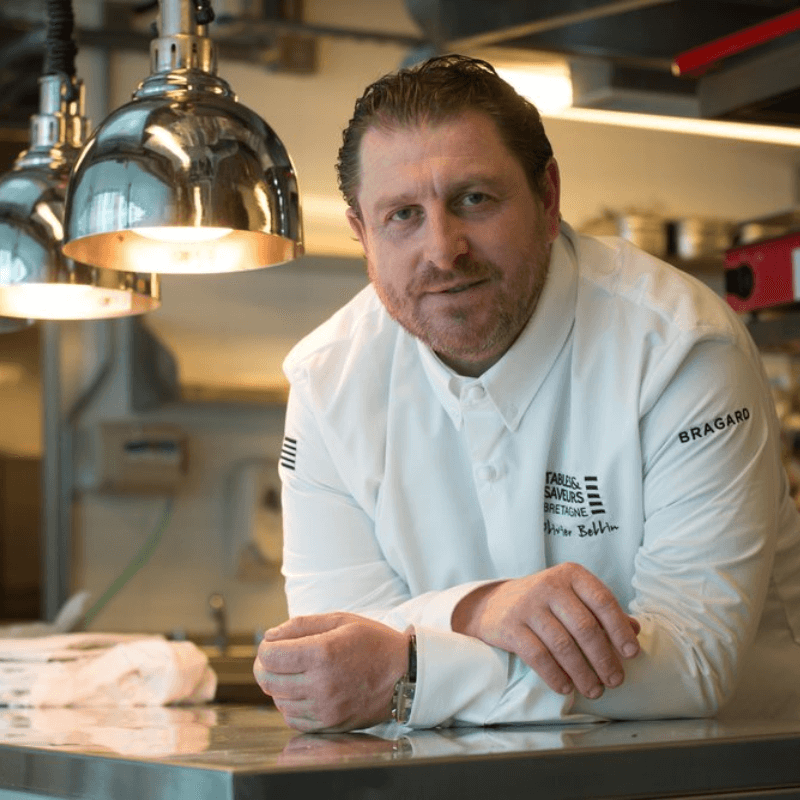 With no real vocation, except that of being a gourmand, Olivier Bellin left to do his apprenticeship at the Lycée Le Paraclet in Quimper. There he meets Chef Jean-Pierre Guillaume who was to help him motivate his career with a passion. In 1991, he won the competition for Best Young Chef of the West, which opened many doors for him. He chose the Landes, in Magescq, at Jean Coussau’s and discovered the products of the Gers. In Pont Aven, closer to his roots, Olivier then joined Guy Guilloux’s team at La Taupinière. It was here that he would discover how to transform the most beautiful seafood produce into something sublime.