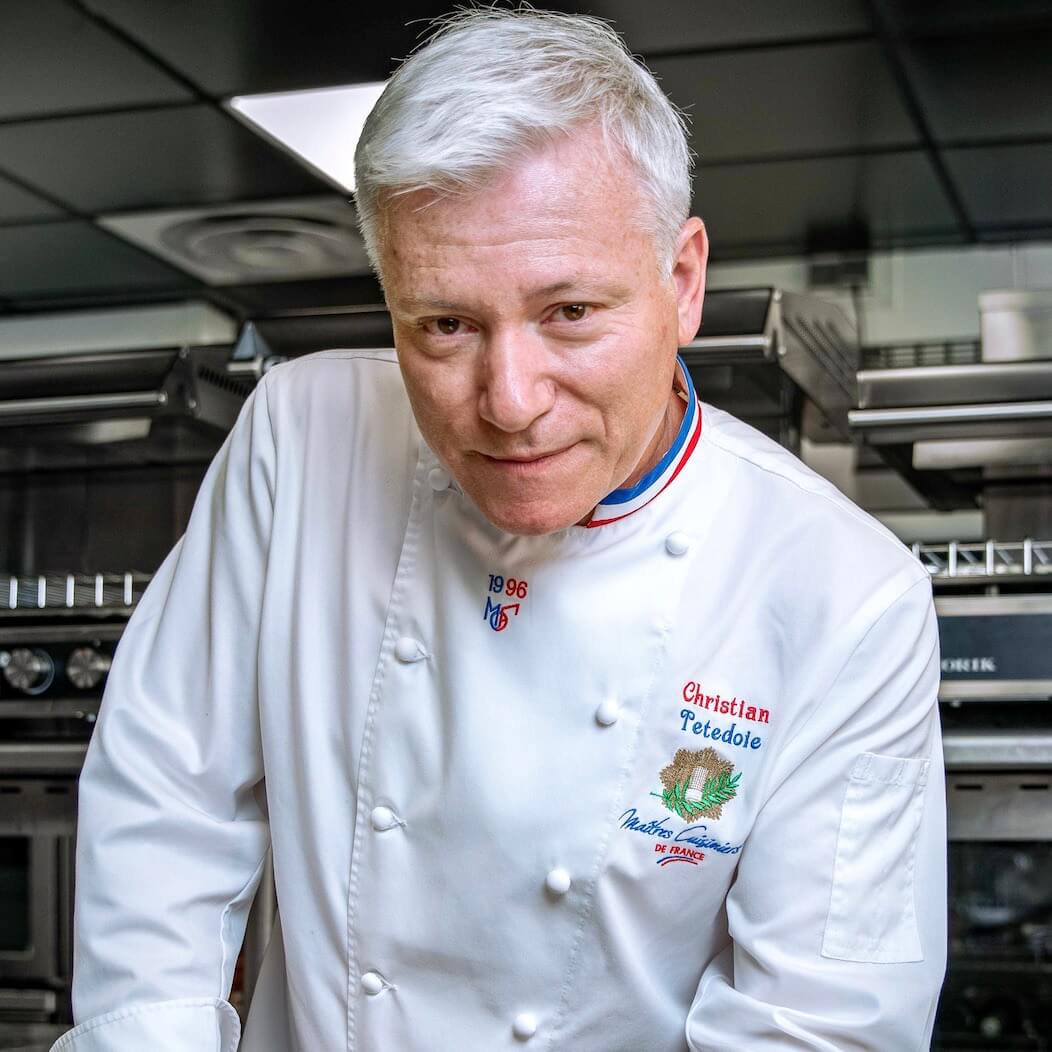 At the age of 16 he obtained his CAP, and became Best Apprentice of France at 17. From starred restaurants to the homes of great chefs (among others Paul Bocuse, Georges Blanc and even the kitchens of the Elysée!), he forged his experience and intuition. In 1986 Christian decided to open his own establishment, first on the Quai Jean Moulin in Lyon, then on the Quai Pierre Scize. The address became a staple in Lyon, and the chef’s efforts were rewarded with the title of Meilleur Ouvrier de France in 1996, then with 1 Macaron by the Michelin Guide in 2000. In March 2010 and after 7 years working on the project, a new adventure began in Antiquaille on the site of the Fourvière hill in Lyon.

Christian Têtedoie is also committed to the promotion and enhancement of French gastronomy throughout the world. At the beginning of 2011, he will be appointed President of the most important association of Chefs, the Maîtres Cuisiniers de France.